This acclaimed Australian film from director Warwick Thornton, a Camera d’Or Award Winner at the 2009 Cannes Film Festival for his debut feature film SAMSON AND DELILAH, has and continues to gain strong recognition at home and abroad. Its most significant award wins from late last year include the Asia Pacific Screen Award for Best Film, the Platform Prize at the Toronto International Film Festival and it was also the Special Jury Prize Winner at the Venice Film Festival.

Inspired by a true story that was told to Thornton by the grandfather of co-writer David Tranter, SWEET COUNTRY is filmed and set in the Australian outback during the 1920s. Local landowner and Christian preacher, Fred Smith (Sam Neill) lends his indigenous farmhand, Sam (Hamilton Morris) to ex-war veteran and cattle station owner, Harry March (Ewen Leslie), for a couple of days to help him finish works on his land. As Harry’s behaviour turns increasingly threatening and soon becomes violent towards his helper, Sam fatally wounds his aggressor in an act of self-defence. Knowing all too well that he is in major trouble for killing a white man, Sam and his wife Lizzie (Natassia Gorey-Furber) go on the run. Seeking justice for the death of Harry is Sergeant Fletcher (Bryan Brown), who scours the dry and dangerous landscape in scorching conditions in pursuit of the wanted man.

Lo and behold, what we have here in SWEET COUNTRY is a masterful work of striking authenticity and raw storytelling. Our country has home-grown a healthy number of films that boast these characteristics, but rarely at the consistently high standard so prevalent in this ‘meat-pie’ Western.

Filmed in the Macdonnell Ranges near Alice Springs in the Northern Territory, director and cinematographer Warwick Thornton stunningly photographs the breathtaking locations, making them just as prominent as the films’ characters. Of particular note, the entire sequence that depicts Sergeant Fletcher‘s pursuit of the wanted man is abundant with images beautiful enough to hang on your lounge-room wall. As far as cinematic productions go, they don’t get much better than SWEET COUNTRY. This exceptional work of dramatic art is one that all Australians can and ought to take pride in, even though its story isn’t one anyone can be proud to tell.

Moving across now to its narrative, viewers should be aware that SWEET COUNTRY is told at a relatively gradual pace and features a high number of more drawn-out scenes. Once accustomed to its slower tempo and as major incidents occur, an overwhelming sense of appreciation for the fine storytelling and top-notch quality of movie-making on display sets in and stays. A highly commendable attribute of the writing involves the multi-dimensional characterisation of the film, which removes all instant labelling away from its protagonists and antagonists. At the same time, the themes of this movie are never sacrificed or lost, proving SWEET COUNTRY to be an all-round stand-out motion picture our country has produced in recent years.

Moviedoc thanks Transmission Films for the invite to the screening of this film.

If the engrossing biographical story being chronicled in Steven Spielberg’s THE POST isn’t enough to warrant your purchase of a ticket to this film, then the pairing of Hollywood greats Tom Hanks and Meryl Streep, together for the first time in a feature film, is guaranteed to broaden its appeal should it be needed. They certainly do not let down.

Written for the screen by SPOTLIGHT writer Josh Singer, this political drama is a true account of the race against time faced by The Washington Post to expose a governmental cover-up that lasted for three decades and spanned four U.S. Presidents. As the newspaper’s first female publisher, Kay Graham (Meryl Streep) is thrust into a compromising position when secret documents pertaining to the cover-up are handed into her office. With rapid competition coming from The New York Times, Kay and her hard-working editor Ben Bradlee (Tom Hanks) must make several agonising decisions that place the careers of its employees on the line and will ultimately make or break Kay’s newspaper business.

Before THE POST begins its examination of the pages that reveal the shocking government secrets, there is plenty of background the script wishes to cover that details the current position of the newspaper and its main shot-callers. Though it is necessary to have this understanding prior to the big news story being outed, the narrative is overloaded with dialogue (and not all of it is of a need-to-know basis) and results in the film becoming quite weighty and tougher to fully absorb. Appreciation for the film is not lost throughout this first half and once the central plot, along with the lead performances from Meryl Streep and Tom Hanks become the focus herein, THE POST is immediately more engrossing to watch.

This is Steven Spielberg’s fifth feature film with Tom Hanks and first with Meryl Streep. Personally, I had hoped for more from this promising film collaboration and storyline. The experienced director isn’t able to iron out some of the clunky creases in the film’s script. Nonetheless, THE POST is not to be missed by ardent fans of the genre and/or by those who possess a strong interest in this topic.

Moviedoc thanks entertainment One for the invite to the screening of this film.

Not so long ago, another biopic that covered a comparatively dark hour during the tenure of British Prime Minister Winston Churchill was released into cinemas. Quite plainly titled, the underrated CHURCHILL was set during a tense four day period in June, 1944 and lent its star, Brian Cox, his most significant role yet that saw him in career-best form. Now, Oscar-nominated writer Anthony McCarten (THE THEORY OF EVERYTHING) and Golden Globe-nominated director Joe Wright (ATONEMENT) join forces to set the spotlight over a volatile time of power in the hands of Winston Churchill in DARKEST HOUR.

As DARKEST HOUR enters its first few minutes, there is turmoil behind closed doors at 10 Downing Street. It is May 1940 and the United Kingdom is under threat of being invaded as Hitler’s army gains further territory. Amidst the escalating mayhem, current British Prime Minister, Neville Chamberlaine (played by Ronald Pickup who is filling in for the late John Hurt) has just resigned. With his country in desperate need of a new leader, British politician Winston Churchill steps in as Prime Minister. With just days remaining to make a final call over Britain’s next course of action during the early days of World War II, Churchill is faced with insurmountable pressure as he considers opposing arguments and the likely consequences of his final decision. 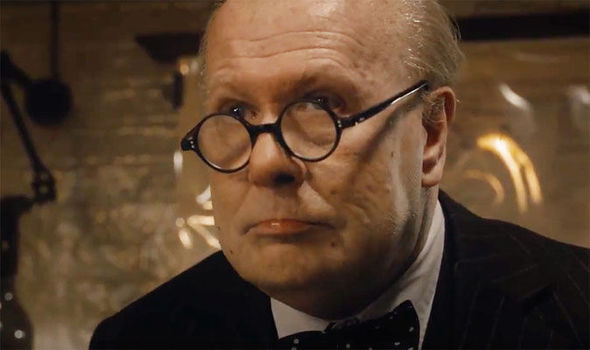 Without a shadow of doubt, the brightest star in DARKEST HOUR is the exemplary acting being exhibited from Gary Oldman. After winning the Best Actor Golden Globe for his performance earlier in the week, Oldman is rightfully set to be unstoppable in claiming the top prize for best actor at the 2018 Academy Award’s next month.

A passion project for writer Anthony McCarten, DARKEST HOUR is a film that history film buffs and those who revere Winston Churchill will greatly appreciate. The screenplay takes a deep dive into several of the specific facets that occupied the long and tumultuous days of the incomprehensibly difficult induction of Britain’s new PM. Its key focus is that ultimately most critical decision whether Churchill attempts to strike up peace negotiations with Adolf Hitler, or refuses to surrender and announces that Britain will fight to the end. All the while, he is faced with additional pressure from his doubtful king (a miscast Ben Mendelsohn) and betrayal within his own party. Providing much-needed support is his young secretary, Elizabeth Layton (Lily James) and his encouraging wife, Clementine (the great Kristin Scott Thomas). At a tad over two hours, DARKEST HOUR’s detailed narrative is engagingly written, but can become somewhat overwhelming. However, during those patches where this biographical picture is becoming dense, the powerhouse performance from Gary Oldman seizes total control. His anchoring work is simply a must-see experience for anyone who values acting of the highest calibre. 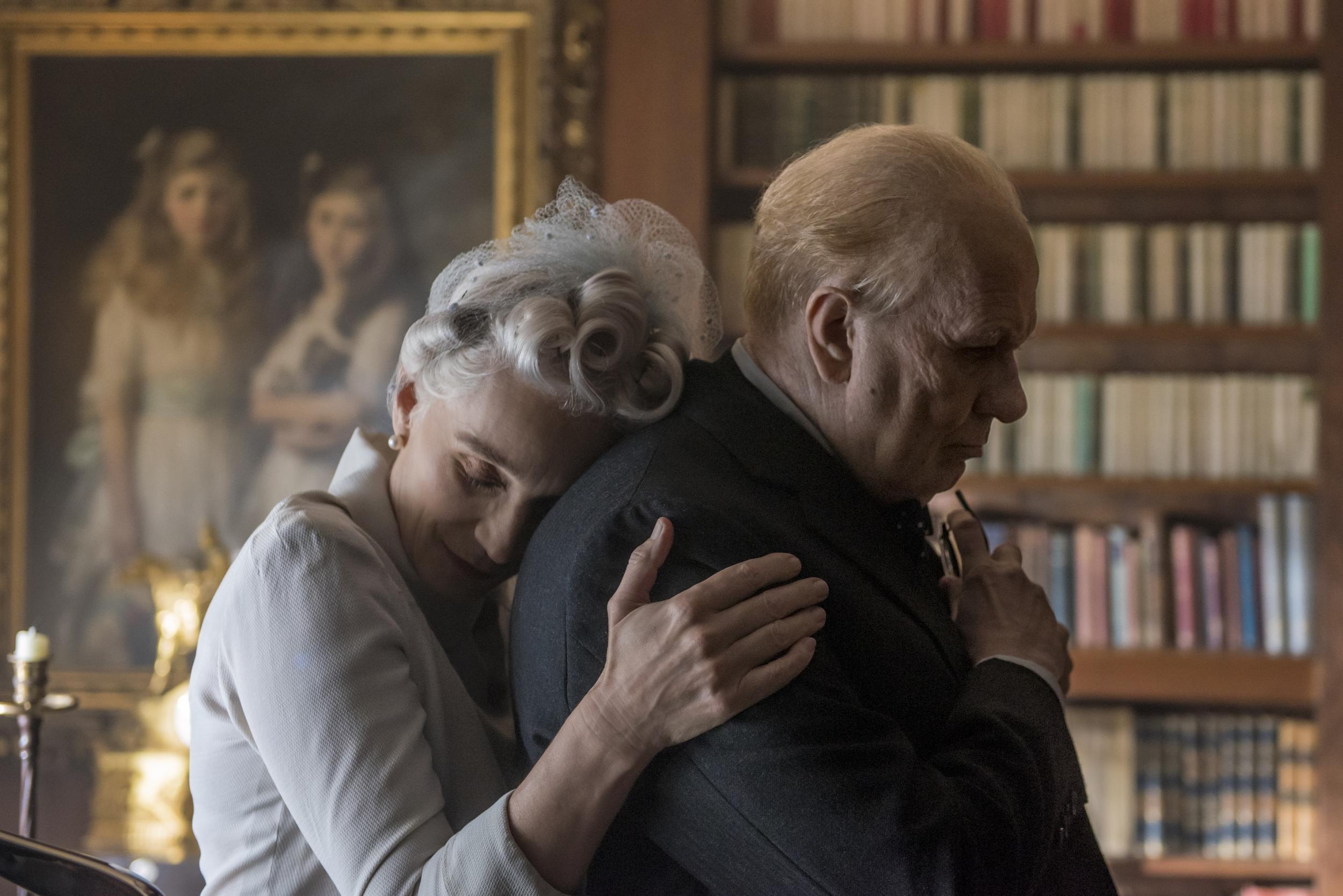 Director
Trish Sie
(STEP UP ALL IN)

This third and final instalment of the PITCH PERFECT trilogy has been handed the largest budget (a whopping $65 million) of all three films after PITCH PERFECT 2 (a $29 million budget) grossed a total of $287 million at the worldwide box office, making it the highest-grossing music comedy film of all-time. In case you’re in need of a reminder, this movie’s predecessor, which was directed by star Elizabeth Banks, ended with the Bellas claiming the championship at the World Finals in Copenhagen. As PITCH PERFECT 3 begins, the Bellas are working ordinary jobs having gone their separate ways after their a cappella group came to its end. An opportunity to reunite arises when they enter a competition for the United Services Organisation (USO) tour, which will return them to a few countries throughout Europe. Standing in their way are a group who use instruments, led by Calamity (Ruby Rose), and Fat Amy’s (Rebel Wilson) estranged father (John Lithgow), who has other plans for his own personal reunion. 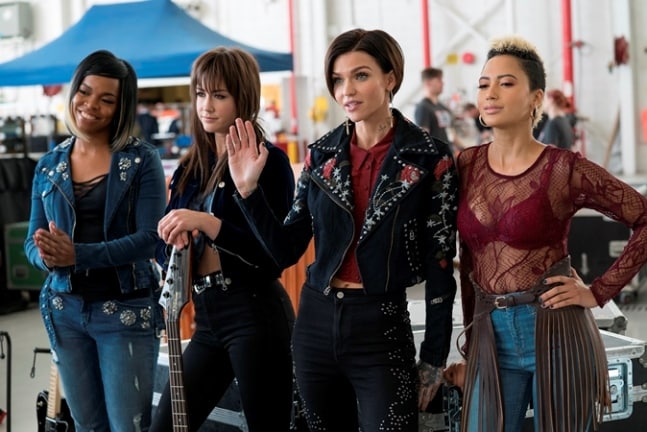 Most of that inflated budget has been unwisely invested into a sub-plot that is not only completely out of place and belongs to an entirely different genre of film, it also gatecrashes the Bellas’ reunion by taking centre stage. Introducing Fat Amy’s villainous father and his completely inconceivable mission was never going to work, regardless of how much screen time it would consume. Casting a non-Australian actor in the great John Lithgow (TV Series The Crown, BEATRIZ AT DINNER), who can evidently do just about everything except for an Aussie accent, is another bad misstep made by PITCH PERFECT 3. It actually hurt my ears listening to this horrible attempt at our difficult way of speaking! You have been warned.

Already far from perfection, the girl power that’s kept this franchise alive begins to turn rather sour in PITCH PERFECT 3. The novelties that the original film brought that remained reasonably enjoyable in its sequel really wear off here. Certain idiosyncrasies belonging to the various characters just don’t have the wit or the sharpness they once had. Some of the roles, such as commentators (who turn to documenting the Bellas journey) played by Elizabeth Banks and John Michael Higgins, feel as though they are there by obligation only. Even the performance sequences, which were reliably enjoyable in past films, don’t arouse the same pleasure third time round. Only the grounding presence of Anna Kendrick and the liveliness of Rebel Wilson prevents PITCH PERFECT 3 from being entirely rePITCHulous.