Allow me to tell you a true story about this true story. While filming the action blockbuster FURIOUS 6 in the UK, Dwayne “The Rock” Johnson discovered a documentary from 2012 titled THE WRESTLERS: FIGHTING WITH MY FAMILY on TV in his hotel room. This prompted him to contact English writer and director Stephen Merchant to develop what he saw into a feature length film. That film, FIGHTING WITH MY FAMILY is a comedy-drama biopic, which depicts the rise of professional WWE wrestler, Paige, and her family.

FIGHTING WITH MY FAMILY begins in the year 2000, well before Paige (Florence Pugh), adopts her ring name. As a young girl whose birth name is Saraya, she is raised in a family of wrestlers alongside her brothers by her mother (Lena Headey) and father (Nick Frost). Together, they all earn a living by performing at venues in their local English town of Norwich, England, and throughout the country. Several years on and now in her late teens, Saraya encounters an opportunity to make her dreams come to fruition when she is auditioned by WWE Trainer, Hutch Morgan (Vince Vaughn). 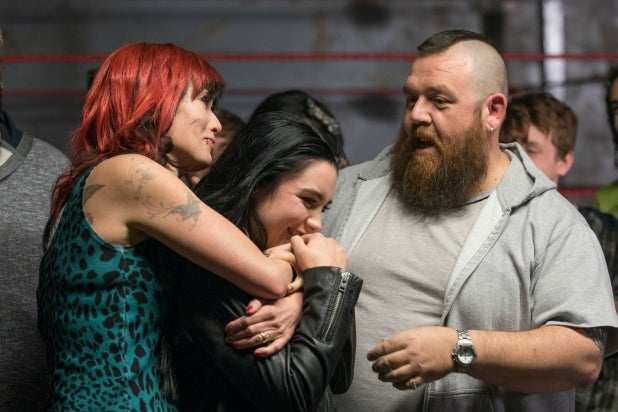 Speaking from experience, I can guarantee that you do not need to be a fan of wrestling, or even know much about the sport, in order to thoroughly enjoy this movie. Falling for its charms happens as instantaneously and effortlessly as genuinely liking the close-knit and unconventional family depicted on screen. Perhaps part of the winning formula is in having an actor with a comedic background occupy the director’s chair. Every possible angle to extract and create humour as part of the story has been seized upon in similar fashion to what we saw from Taika Waititi in THOR: RAGNAROK. Also largely contributing to the mirth constantly had in this film is its very well written screenplay, also by director Stephen Merchant. The dialogue is inventive and witty, and the script defines each character in a very clear and relatable way. Further to that, the writing always keeps the film’s objective firmly in focus and it emerges as a story about equality while at its most triumphant too. All performances here are very strong and Dwayne Johnson’s minor appearance isn’t wasted either. But the real star of FIGHTING WITH MY FAMILY is undoubtedly Florence Pugh as Paige. She displays her diverse range of talent in a gutsy showing that is arguably her best role and performance since her star-making outing in the riveting period drama, LADY MACBETH. Recommended viewing!

Trailer
FIGHTING WITH MY FAMILY

Moviedoc thanks Universal for the invite to the screening of this film.

SOMETIMES ALWAYS NEVER is based on a short story called Triple Word Score written by script writer Frank Cottrel Boyce. It’s a lightweight and breezy comedy/drama that stars Bill Nighy as Alan, a fine tailor and an even better scrabble competitor whose eldest son, Michael has gone missing. Alan utilises his son’s disappearance as an opportunity to try to repair the broken relationship he has with his other son, Peter (Sam Riley), who is easily exacerbated by him. 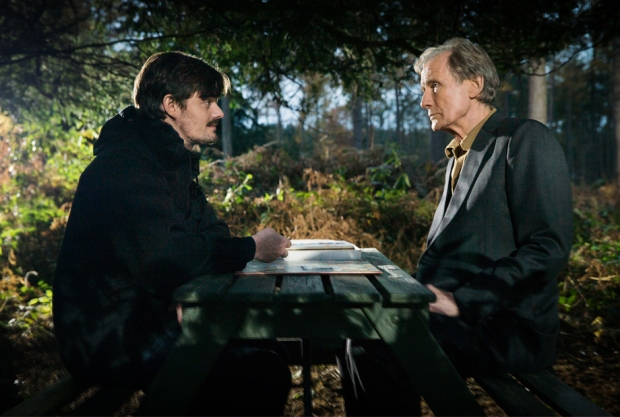 Attending a session of SOMETIMES ALWAYS NEVER at the cinema brought on a similar feeling to what I experienced when visiting my grandparents as a young boy. I was appreciative of the kind company and harmless environment I was in and therefore felt obliged to be polite by staying for as long as expected. However, in the back of my mind, I would eagerly await to hear the sound of the car keys being picked up from the table knowing the visitation is over. Perhaps catching up with your own grandparents was (or is) more exciting than what mine were back then. On the contrary to that analogy, SOMETIMES ALWAYS NEVER is certainly not a bad movie. I just couldn’t shake a distinct feeling of boredom and disinterest by way of a very thin script and the film’s peculiar and very dull visual execution. Quite often, SOMETIMES ALWAYS NEVER appears better suited to being and is even akin to watching a stage play. Though this film’s content rarely ever makes itself substantial enough, there is a winsomeness to the dialogue and a natural awkwardness displayed by the characters throughout that will win over a select few. 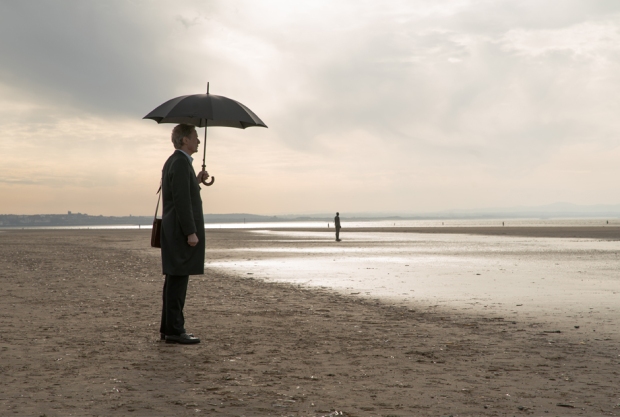 Moviedoc thanks Transmission for the invite to the screening of this film.

Writer & Director
Asghar Farhadi
(A SEPARATION, ABOUT ELLY, THE SALESMAN, THE PAST)

This eighth feature film to be directed by acclaimed Iranian-born filmmaker Asghar Farhadi isn’t his strongest, but has plenty of appeal and is the most accessible piece of foreign cinema he’s produced to a worldwide audience yet. The second movie directed by Farhadi that is set outside of his country of birth, EVERYBODY KNOWS stars Penelope Cruz as Laura, a married Spanish woman living in Buenos Aires with her husband, Alejandro (Ricardo Darin) and their two children, Irene (Carla Campra), a flirtatious teenager and young son Diego (Iván Chavero). Laura and the two children are travelling to her hometown near Madrid, Spain to attend the wedding of Laura’s sister, Ana (Inma Cuesta). As one night of celebrations unfolds, several years worth of family secrets are forced out into the open after Laura makes an unsettling discovery. 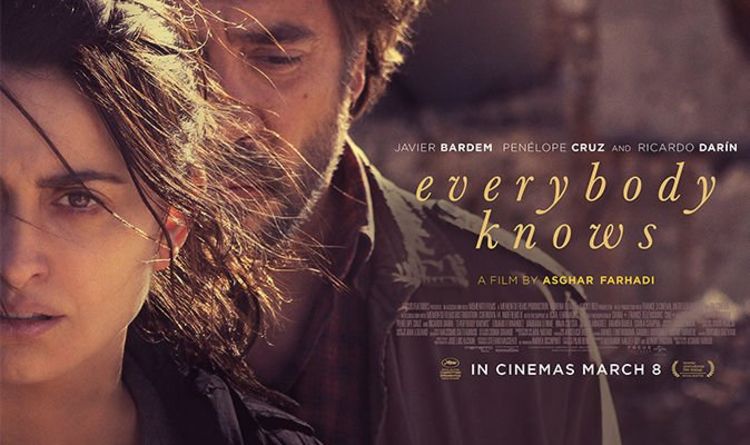 On paper, this premise sounds tantalising. Especially when you consider the high standard of storytelling demonstrated in previous bodies of work by the Oscar-nominated writer and director of this Spanish language drama. Though no disaster by any stretch of the means, EVERYBODY KNOWS is never quite the gripping mystery it was destined to be and is rather stretched itself at 133 minutes in length.

Thankfully, the best of what EVERYBODY KNOWS has to offer is maintained throughout much of its duration. That all begins after the joyous wedding celebrations, which introduces every important family member in entertaining fashion, are abruptly brought to an end. During this period of time, EVERYBODY KNOWS studiously forms into an alluring and intelligently deceptive mystery film that constantly shifts the spotlight on who might be a suspect, and why. Many clues as to who the true antagonist(s) of this film could be are eliminated as quickly as they’re given. Even Laura is harbouring some damaging secrets, one of which involves Paco (played by real-life husband, Javier Bardem) that will provoke viewers to question the true nature of her character.

Unfortunately for this 2018 Cannes Film Festival Palme d’Or nominee, its greatest let down is sourced from its greatest asset. The revelations behind the mystery summoned over the past two hours deserved better explanation and execution than what Asghar Farhadi has accomplished. Nevertheless, this somewhat underwhelming and less convincing outcome isn’t major enough to undo the dramatic core of this film, let alone the film as a whole. A core that is anchored by the most exemplary performance Penelope Cruz has given in many years.

Moviedoc thanks Universal for the invite to the screening of this film.